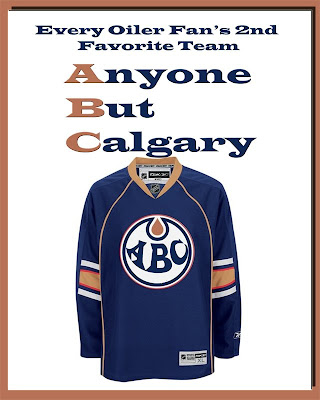 Well, it's time for every Oiler fan to put away the jersey for next year. Time to dig deep and find that ABC team spirit and cheer like mad for every Oiler fan's 2nd favorite team, Anyone But Calgary. This is the 3rd straight year Edmonton has missed the playoffs, so as an Oiler fan this is my goals for the team for next year: (I am sure no one in Oiler management cares, hehehhe)

Okay, I blog about the Oilers far too much, hopefully I can blog about Calgary losing and golfing so I can move on to better topics....like photography, summer and so forth. :)