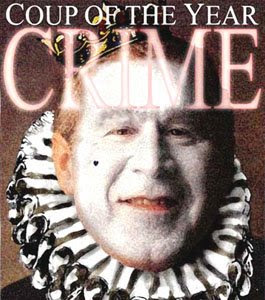 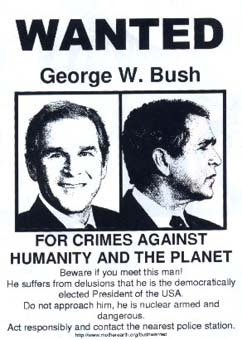 POLITICAL RANT OF THE DAY: I think the world is going to be quite happy to see Bush ride in to the sunset today. I think in his deluded world he probably thinks he was the saviour of freedom. I do think when he looks in the mirror every day he does not see the man that made horrid mistakes and decisions. There is no doubt he'll live his days out on this earth as a VERY rich man. He'll want for nothing and always have plenty of everything he needs. It's sad to think of the lives he ruined as a leader, the people that were impacted not only in Iraq but many Americans. I think Obama is going to create some change and look forward to where the United States is going to go as a country. Lets hope America has learned it's lesson and can turn the page on the Bush era. Learn from those mistakes and please don't allow a leader like that to ever take office again.
Bush was a great person to spoof, but I'll take a leader like Obama if it means less hilarious Bush quotes and awesome SNL skits. I do think Bush will go down as one of the dumbest presidents, most people realize now what a mistake he was. Today is a great day for freedom, hehehehe, now hopefully Obama can start cleaning up the mess Bush left.
Posted by Randy
Email ThisBlogThis!Share to TwitterShare to FacebookShare to Pinterest
Labels: bush, obama, political rant